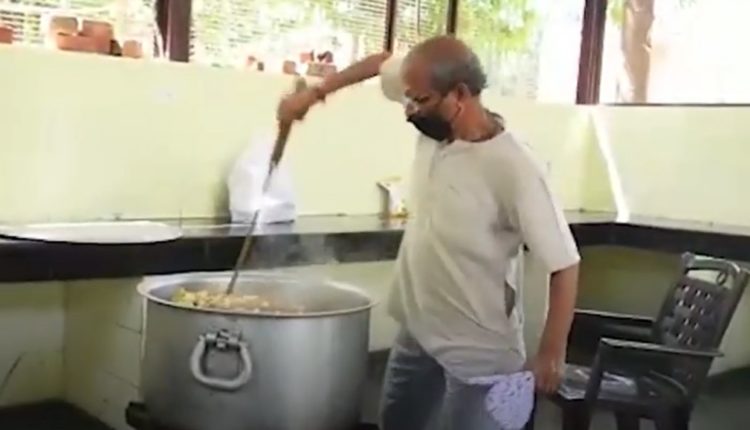 Bhubaneswar: A professor at the Indian Institute of Technology Kanpur (IIT-K) has set up a kitchen at the institute’s community centre, with the help of his colleagues and students. The professor is working overtime to feed 1000 children and migrant labourers.

Professor Laxmidhar behera long with his students and fellow mates and local leader distribute meals to the children and the families of the migrant labourers who work at a nearby brick kiln who are struggling to feed themselves post the 21-day lockdown was imposed to fight against the coronavirus pandemic.

The 54-yr old Odia is currently employed in the Department of Electrical Engineering at IIT and has specialization in robotics and artificial intelligence. The Balasore-born is an ISKCON devotee who can cook for large number of people.

When an acquaintance requested Prof Behera to provide food through ISKCON to the students of a school which was being run for the children of the migrant labourers, he immediately contacted ISKCON authorities but they were not available to provide them food. He then immediately approached the institute’s deputy director for nod to operate a community kitchen to feed the children as well as their families. He also received help from his colleagues and PHD students and staff members.

IIT-K fraternity members along with others have contributed money to help run this kitchen. They have also volunteered to prepare meal packets for distribution among the  poor sections of the society. They have been distributing food packets since past one week at different brick kilns in Choubeypur area.

There are thousands of children but we are able to feed few children. But if we receive help from the public, we will be able to ramp it up to 2000 packets daily as now we are distributing 500 packets to the children, said Prof Behera.

Professor Behera, a native of  Talsara village under Bahanaga block in Balasore district, moved out of state after completing his M Tech from NIT-Rourkela in 1991. Behera is associated with the premier institute for nearly two decades now.