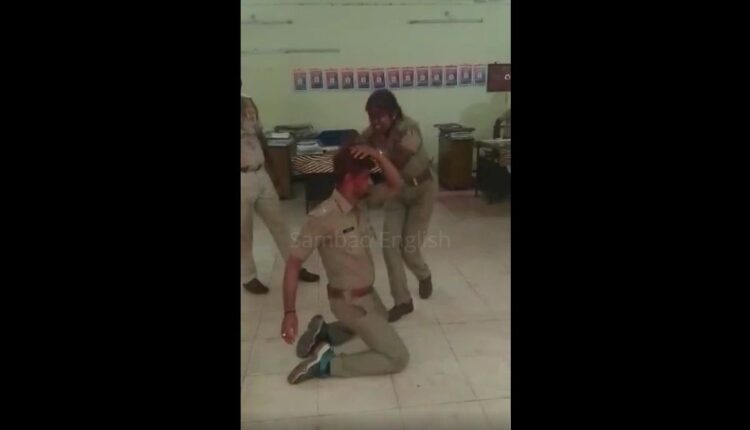 In the video, as many as four police personnel, including a woman cop, can be seen dancing inside the police station during Holi celebrations.

Locals have expressed displeasure over the act of the cops and demanded action against them.