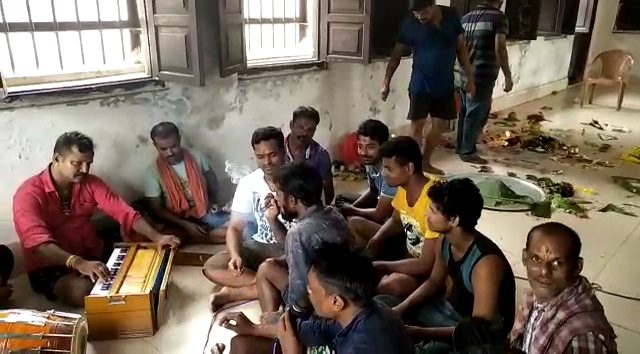 Bhubaneswar: Amidst staggering number of COVID infections in jails, a few videos surfaced on social media platform showing inmates reportedly at the Jharapada Jail in Bhubaneswar deeply involved in merrymaking inside the prison without any fear.

In one video, inmates are seen sitting together with musical instruments; one of them singing a devotional song and others are found smoking ganja in a chillum (smoking pipe traditionally made of clay). In another video, the prisoners are seen dancing inside the jail.

Though, the exact date of shooting of the videos is yet obscure, the incidents are assumed to have been captured on smartphones on auspicious occasion on Mahabishuba Sankranti or Pana Sankranti this year.

Besides, one more video showing weird activities inside the jail have gone viral on social media. In the video, one jail employee is seen providing something (suspected to be toxic items) to jail inmates.

Speaking on viral of videos, the jail officials said that the probe into it is underway.

“This is a past incident. The videos have been made viral to mislead investigation into mobile phone recovery from the jail,” Jail DIG Subhakant Mishra said.

The videos on social media came to fore after 13 mobile phones were seized from the jail during a raid by a special team of the Jail.

However, such activities captured on videos raises questions as to how the banned contraband is being supplied to jail despite strict frisking.