Watch Odisha MLA dancing his heart out at a cultural show 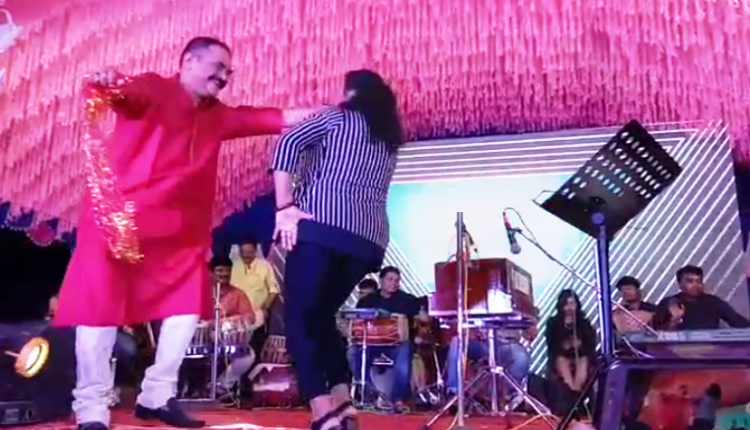 Jeypore: Senior Congress MLA Tara Prasad Bahinipati, who is known for his sarcastic comments on various issues, has often been spotted carrying a ‘cool’ attitude and dancing at cultural events.

Yesterday, the legislator was again seen dancing his heart out on a stage during a cultural show orgainised here for Dussehra.

In a video from the event, the MLA can been seen shaking legs with a woman singer performing on the stage.