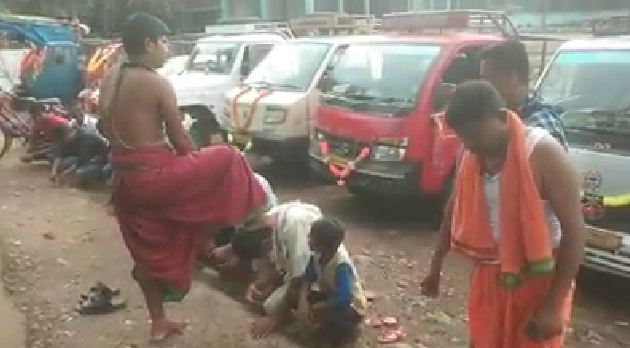 Bhubaneswar: A video of a priest blessing several persons by placing his feet on their heads in Odisha’s Khordha district has gone viral on social media while the act drew sharp criticism.

The incident reportedly took place in Banpur area of the district during Durga Puja. After getting their vehicles worshipped on the occasion of Dussehra as per the tradition, some devotees had sought the blessings of the priest, identified as Ramchandra Samantaray.

As evident in the video, the priest placed his feet on each of the devotee’s head while blessing them. A video of the incident is doing the rounds on social media.

On the other hand, the priest termed the act as justified saying that those who sought his blessings had no objection in the matter. He further said that the ritual has been scribed in Shastras.

Vehicle documents in electronic form to be accepted in Odisha

Working hours at RTOs in Odisha to be extended. Here’s why