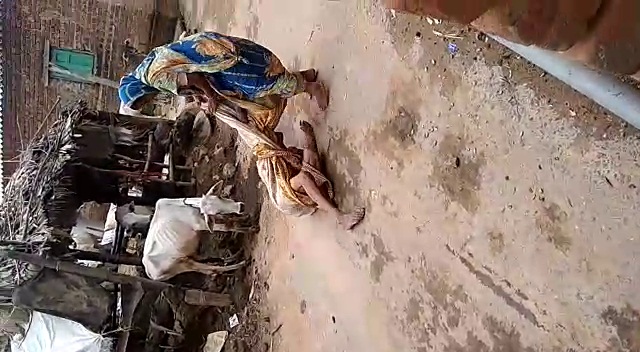 Dhenkanal: In a glaring show of cruelty, a woman was caught on camera thrashing her 82-year-old mother-in-law mercilessly after dragging her out of the house at Gelehikateni village under Parjang police station in Dhenkanal district.

Though the incident occurred yesterday, it came to fore after the video wen viral on social media today.

In the video, a woman identified as Sabita Nayak (45) was seen dragging her mother-in-law Parei Nayak by her hands and legs and beating her mercilessly on the village road. The hapless octogenarian was seen crying with no one to her rescue.

On receiving information, when police reached the spot last evening, the accused woman absconded. Today morning, the cops again went to the village and brought the woman to police station for interrogation and sent her mother-in-law to hospital for primary treatment.

Meanwhile, the locals have condemned the incident and demanded strong actin against the accused woman.

Know who will unfurl tricolour where on I-Day in Odisha