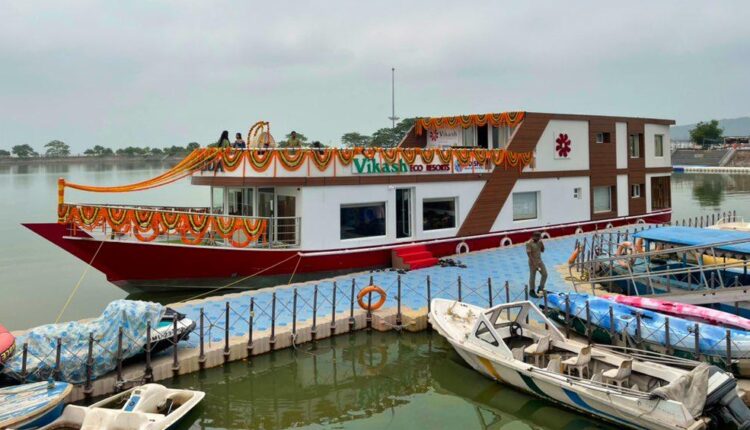 “This initiative will certainly improve the tourism profile of Chilika lake and attract national and international tourists to this state. Chilika lake is a major biodiversity hotspot in the country. It is one of the jewels of our tourist sector and has potential to transform Odisha as an attractive tourist destination. My Government is keen to position Odisha as a ecotourism destination of the country,” Patnaik said through a video message.

The packages are consisting of overnight stay along with full board meals, activities and cruising covering different islands in Chilika.

The luxury houseboat consists of two floors with two suite rooms, four premium rooms, Bar and Restaurant, an Open Air Lobby in upper deck for meetings/conferences. The project has come up with an investment of Rs 3 crore.

The project was indigenously designed, developed and manufactured in Barkul, Odisha. It has been approved by Odisha Tourism through single window mechanism and it received licenses/statutory clearances from Chilika Development Authority, Directorate Ports and Inland Water Transport.