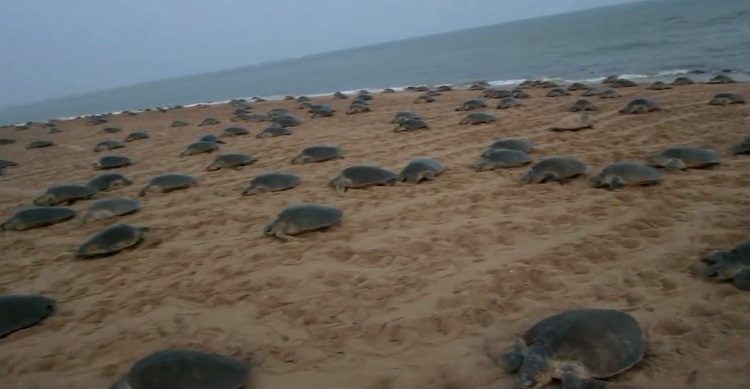 The forest department has imposed the restriction prohibiting the fishermen from fishing within 20 km off the coastline in the turtle nesting sites.

The endangered Olive Ridley turtles arrive every year during winter for mass nesting in Rushikulya River mouth and Gahirmatha marine sanctuary. They lay eggs in March following mating and the hatchlings come out by May.