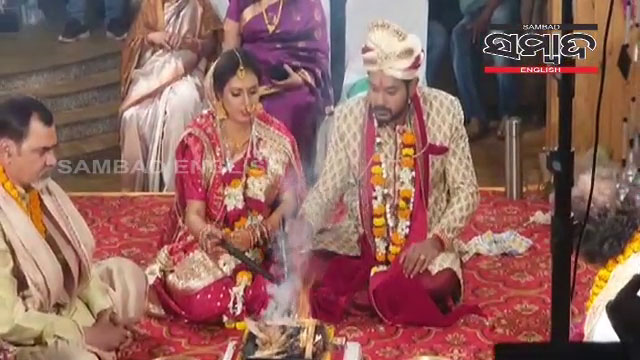 Bhubaneswar: Ollywood superstar Mihir Das today welcomed a new member to his family as his son Amlan tied the knot with his childhood friend Bhumika. The wedding took place in the presence of the couple’s families and close relatives.

The actor earlier got engaged to his bae Bhumika at her residence in Cuttack on December 9 last year. The ceremony was a private affair among both the families and a few close relatives.

Here’s a glimpse from the actor’s wedding:

Amlan made his Ollywood debut in 2013 with the movie ‘Target’.  Some of his other movies are ‘Tu Mo Dehara Chhai’, ‘Pagala karichu Tu’ and ‘College Time’. He was last seen ‘Chini’ released in 2016.

Odisha’s Talcher Fertilizer Plant to be operational by 2023: Union Min