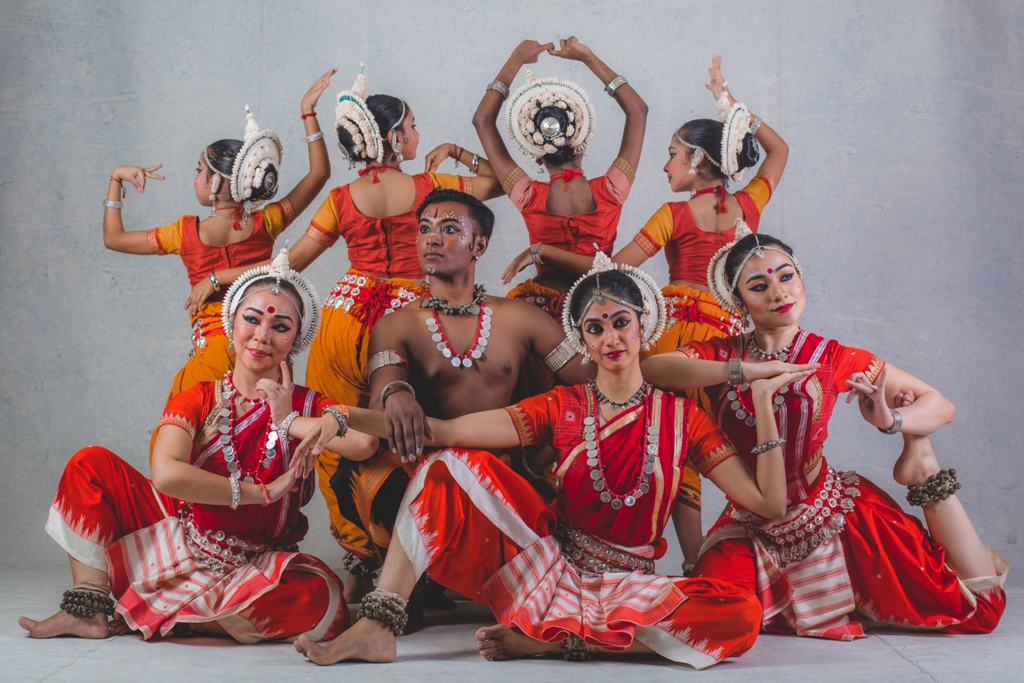 Bhubaneswar: The open-air auditorium of the Sun Temple in Odisha’s Konark will come alive this evening and the coming four days with classical dancers taking the stage and scorching it too with energetic and vibrant presentations against the backdrop of the 700-year-old temple.

With a plethora of artistes of repute, this year’s Konark Festival, as always, promises to be an exciting affair.

Odisha Sun Times caught up with Odissi guru Ramli Ibrahim, who is back with his production ‘Ganjam’, a creative endeavour exploring the folk and tribal elements which contributed to the enrichment of the classical Odissi tradition, especially the Debaprasad style. One can expect fireworks on the huge stage, calling for an understanding of performance space which is Ramli’s hallmark.

As always, the 65-year-old Malaysian Odissi guru is all excited about this work commissioned in collaboration with Guru Ganjendra Panda, who is sure to cast a spell with ‘majira’ and recitation of ‘ukkutas’ at the show on Sunday, and painter and art historian, the late Dinanath Pathy.

According to Ramli, the undivided Ganjam region boasts of the highest number of folk dance forms and lyrics of great traditional Odia poets like Gopalkruhsna, Baladev Rath, Upendra Bhanja are an integral part of Odissi classical dance and music. So, Ganjam has always been the ground of experimentation and innovations in Odissi.

“This production too is an attempt to infuse new energy and vocabulary to Odissi toeing the ‘Tridhara’ concept of classical dance tradition reflecting a continuum of tribal and folk forms. Guru Debaprasad Das was of the opinion that classical dance should not be over pristine, losing connect with tribal and folk forms from which it derives its essence and substance,” said Ramli.

He brings to the festival ‘Sakhinata’ tradition through Sthai, the essence of ‘Daskathia’, another folk form of Ganjam, in Rama Bhajan and Yogini-Moksha depicting art as a medium of liberation.

Though a thing of the past, the controversy continue to sadden Ramli. “The tradition of Odissi, going back to Maharis, never saw a dancer with an ‘Odhani’. The transparent piece of cloth somehow covers up the beautiful postures, sculpted from the temple structure and imbibed into the dance, and make them look messy,” he said. However, he is no mood to ruffle feathers. “We are here for a constructive artistic discussion, not to fuel controversies. My dancers use ‘odhani’ whenever they perform in Odisha, keeping with the ‘aesthetics’ of the land and taste of the audience,” he said.

No discussion involving Ramli and Odissi is complete without mentioning the dancer of international repute, Indrani Rehman. “The meeting is still fresh in my mind. I bumped into her at a park in New York, where I was performing ballet. I had already started training in Bharatnatyam and Odissi. It was she who suggested that I meet Guru Debaprasad Das to further my training in the classical dance form,” he said.

While training under Late Guru Bijaya Kumar Senapati in Puri, he visited Utkal Sangeet Mahavidyalaya. “I was loitering in the campus looking for guruji, when I heard a voice asking me whether I needed any help. It was Guru Debaprasad Das. In a way, the guru found me. He asked me to meet him at his place over the weekend. I reached his place around 8 in the morning and was left awestruck seeing Gajendra perform ‘Sthai’. I had found my calling,” he said.

Ramli stayed for almost a year with his guru, learning the nuances of the style. Even after returning to Malaysia following a bout of jaundice, he travelled to Odisha and continued his training till the death of his guru in 1986.

Ramli could feel an organic pull towards the Debaprasad Das style of Odissi. “Temperamentally, I relate the most to Odissi. It switches me on. I feel a surge of energy when Odissi music plays,” he said. The rawness and strength in the style got him hooked to the dance form.  “It’s the gravitas. The style draws its strength from ‘tantra’ and is not embellished. There is a strong ‘Shaivites’ influence, which makes it even more attractive,” he said.

The Love for Puri

The Jagannath Dham continues to be his favourite place, where he began training in Odissi. “I love the beaches and the area around the temple. There is life to it. I would pedal down to Odisha Sangeeta Parishad and enjoyed every moment of my stay there,” he said.

Ramli feels Odissi is not entirely good for Odisha. “Everyone is learning Odissi and it is being showcased in every festival, diminishing other rich folk art forms of the state,” he said. The festivals need to be properly curated giving space to all art forms of Odisha, he added.

In Pics: 3 killed, 5 critical in car-truck collision in Odisha’s Sambalpur

Maoists set up permanent camp ahead of PLGA week in Odisha