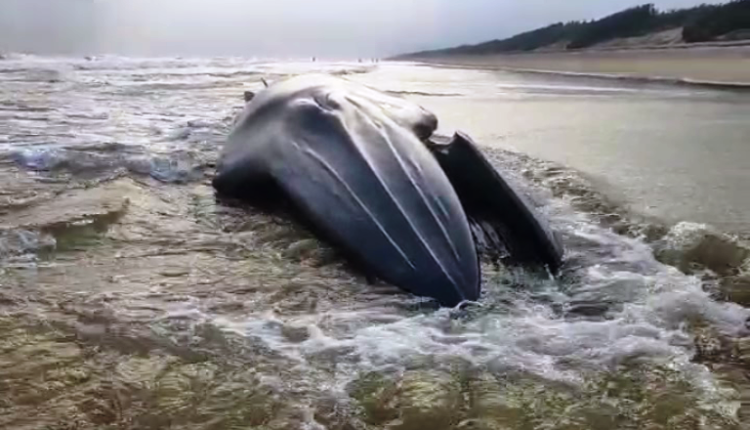 Puri: Local fishermen of Fatepur village under Krushnaprasad block in Odisha’s Puri district were astonished to find a giant whale along the coast today.

Reportedly, the 42-feet-long injured whale was battling for life in the seawater when the fishermen spotted it this morning.

Locals said the aquatic animal weighing over 20 tonne might have sustained grave injuries after being hit by a fishing trawler in deep sea and was washed ashore during high tide.

Till the report was filed, forest officials had not reached the  spot for necessary action.

Earlier in December 2014, the carcass of a gigantic whale, measuring around 30 feet, was spotted along the coast at Gouda Nuagaon beach under Krushnaprasad block near Brahmagiri in the district.

2022 to be important year for para-athletes: Pramod Bhagat