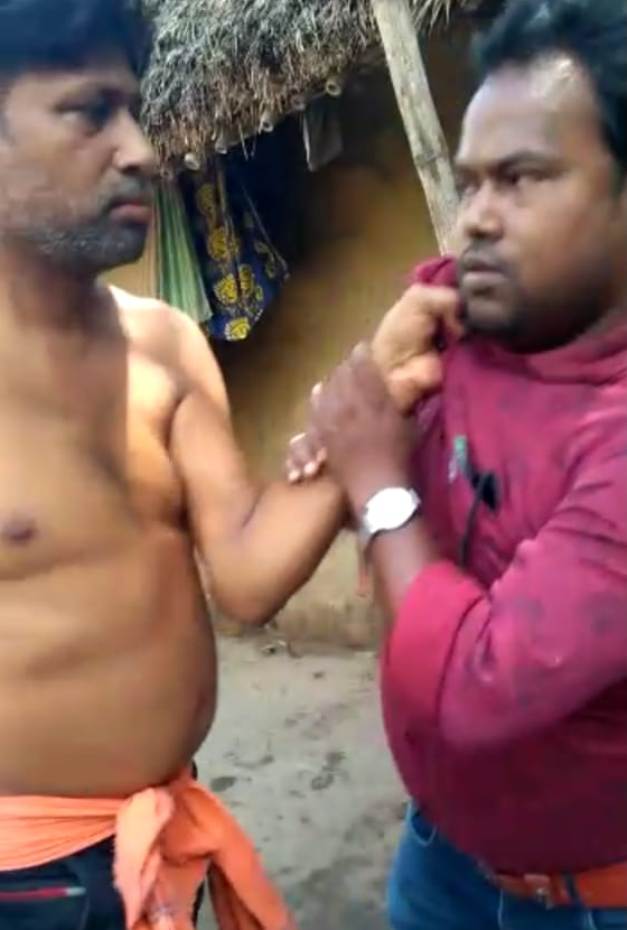 The victim was identified as Bibekananda Mallick, the Panchayat Executive Officer of Sanabadagopalpur.

A written complaint was lodged with Rajnagar police by the BDO alleging the attacker of beating up Mallick and snatching away the official documents.

The incident took place at Badaolara village on Saturday while Mallick was verifying the ration cards and collecting data about the beneficiaries. During the process, suddenly a man identified as Gurucharan Bal of Gobindapur village of Bandhapada panchayat threatened the officer to add ineligible beneficiaries to the list.

When Mallick did not agree, the man snatched the register, manhandled him and started thrashing him on village road.

The officer alleged that the attacker tried to kill him.

A video was shot featuring attack on the official by the youth.

Reacting to attack on the Panchayat Executive Officer, his colleagues and other panchayat employees demanded immediate arrest of the attacker.

All the officials in Panchayat Executive Officer rank and Gram Rozgar Sevaks under the Rajnagar block threatened the BDO to launch pen down strike from September 24 if the accused will not be arrested by today.