Watch: People swallowed by massive sinkhole in China due to floods 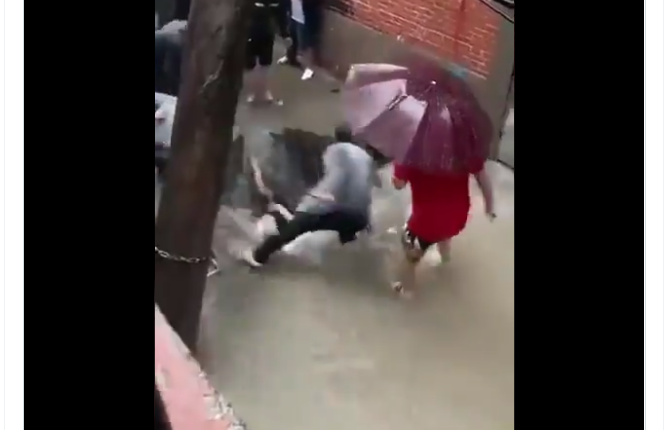 The video features a large sinkhole, allegedly formed due to the recent floods in the country, swallowing a group of people as they were sitting in a huddle around it.

Unprecedented torrential rains have wreaked havoc in China in the last few days, causing massive floods and forcing over 100,000 people to get evacuated.

In Henan province alone, more than 10,000 people have been evacuated to shelters following the record rainfall. At least 12 people have died in the city of Zhengzhou since the flooding began, authorities there confirmed, the BBC reported.

More than a dozen cities have been affected with main roads forced to close and flights cancelled.

Henan province, which is home to some 94 million people, has issued its highest level of weather warning following an unusually active rainy season.

There are also fears that a dam in Henan province could collapse after it was damaged by the recent storms.