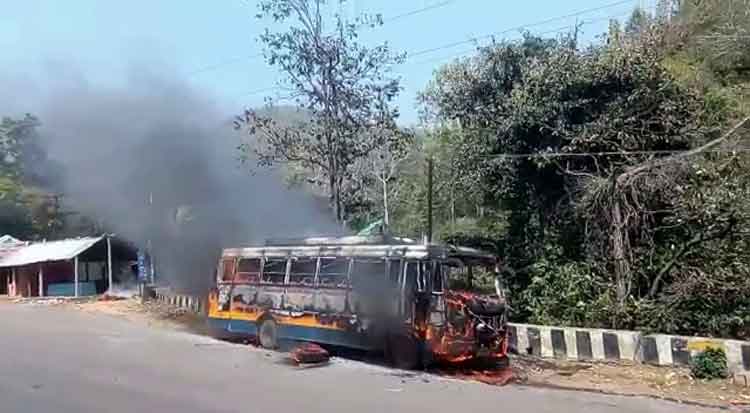 Baripada: At least 50 passengers had a narrow escape after a major fire broke out in a bus that was parked near Bangriposi Ghati on NH-49 in Mayurbhanj district today.

A major mishap was averted as the passengers had vacated the bus for refreshment when the fire broke out.

Sources said around 50 people of Singada area in Karanjia were travelling to Ambajoda in Betanati area for a picnic at around 11 AM today. The driver parked the bus near Bangriposi Ghati to visit the Duarasuni temple. While a group of passengers visited the temple, few others were roaming in the area. At that time, a fire erupted and quickly engulfed the entire vehicle.

On receiving information, two firefighting teams reached the spot and doused the flames.