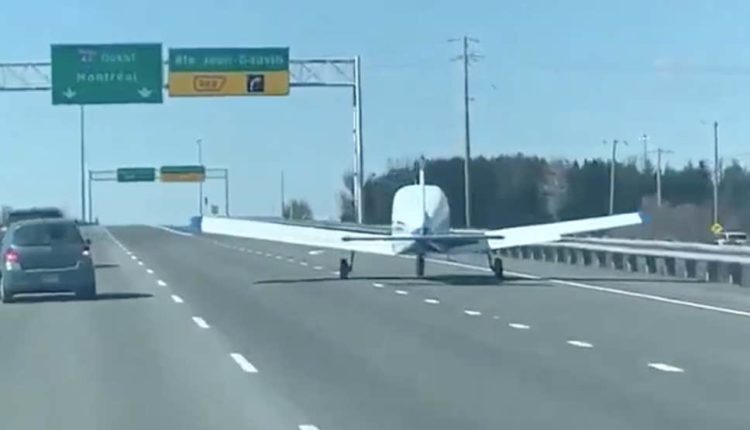 Montreal: Commuters on Quebec highway were greeted with remarkable sight capturing the moment a plane landing in the middle of a highway in Canada and this video of the incident has left netizens amazed too.

The incident was captured, where the small plane coming down lower and lower over the roadway and eventually lands amid the oncoming traffic.

🚨 Emergency landing of a small plane ✈ this morning around 10:00 AM, on “Highway 40” just outside of #Montreal, #Quebec, #Canada. pic.twitter.com/WCkk5L5aZ0

A mechanical issue forced the pilot to make an emergency landing on a highway 40 south of Quebec City in Canada. It was also seen smoke coming out of the left side of the plane before it landed surrounded by vehicles.

Though the traffic appears to slow down, none of the car drivers appear to stop completely as the plane touches down, the cars which were moving behind and around continued their journeys.

After the video was shared, it gathered over 1.7 million views and the numbers are only increasing. It has also got 27,700 likes and over 1,4k retweets.