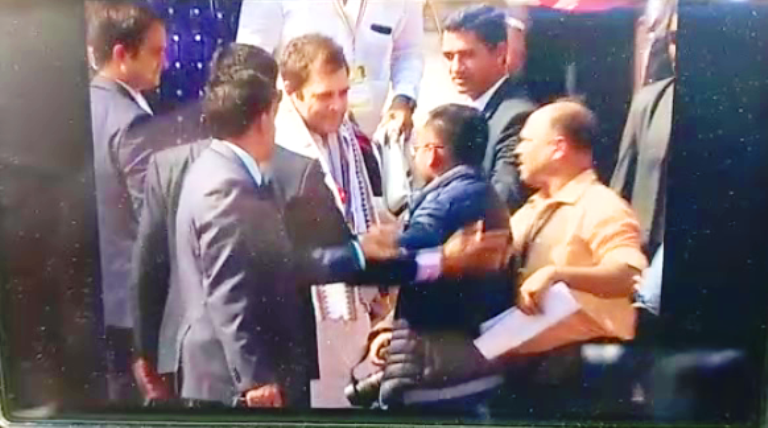 Bhubaneswar: In an exemplary show of humanity, All India Congress Committee (AICC) President Rahul Gandhi rushed to help a photo journalist, who fell off a strair while covering former’s arrival at the Biju Patnaik International Airport here today.

When the Congress national president was being welcomed by party leaders and workers after arriving at the airport, mediapersons, including photo journalists rushed to shoot the event. In the meantime, a photo journalist accidentally fell from a strair while shooting Rahul Gandhi.

Before anyone noticed it, the AICC president first rushed towards the mediaperson and lent a helping hand to him.

Before Rahul Gandhi’s scheduled public meeting in the State Capital, this scene has certainly caught the attention of everyone.