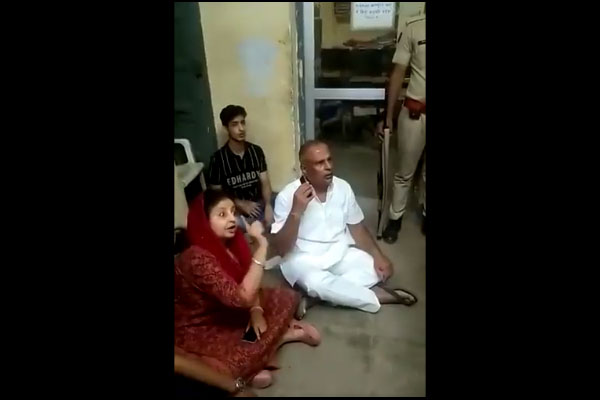 Jaipur: A video has gone viral on social media in which Rajasthan Congress MLA Meena Kanwar along with her husband Ummed Singh Rathore are seen staging a protest at Jodhpur-based police station asking police to release their relatives, saying children usually drink.

“Bacche to sable pete hain (Everyone’s children drink),” she can be heard saying in the video.

Meena Kanwar can be seen in verbal duel with police, saying, “We have requested police that kids, usually everybody’s kids drink. It should not matter. You have arrested our children,” she said.

Meena Kunwar is MLA from Shergarh and the chaos, as per the sources, started on Sunday night around 10.30 p.m. when police arrested her relatives and issued challan to them for drunken driving under MVI Act while seizing their vehicle.

Both husband and wife staged dharma at the police station and their video went viral when they were seen arguing with cops insisting that everybody’s children drink. What went wrong if they were drunk, she asked the cops.

As the couple were seen sitting on the floor, the husband of Meena is also seen questioning the cops why the police officer is sitting on a chair when the MLA is sitting on ground.

He is seen in the video fighting with cops threatening them to face consequences if his relatives are not released.