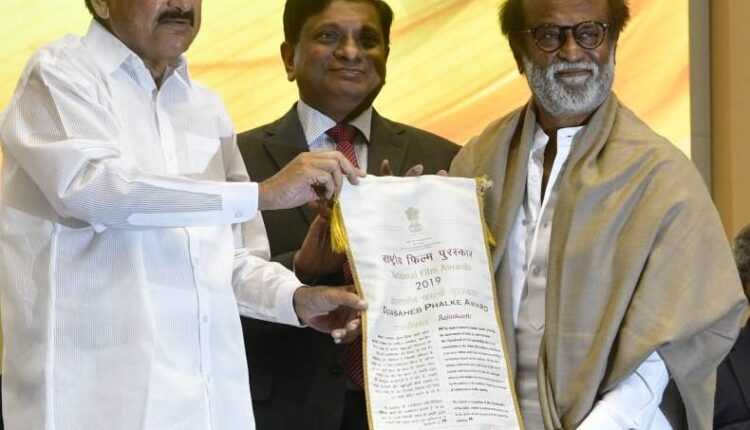 He dedicated the award to his producers, directors, film fraternity and fans. He attended the ceremony with his son-in-law Dhanush, wife Latha and daughter Aishwarya.

On the occasion, Rajinikanth recalled his journey from a bus conductor to a famous actor. He also thanked his old friend who suggested him to join the film industry.

Yesterday, Rajinikanth had posted on Twitter about receiving the award.

“Tomorrow is an important occasion for me with two special landmarks. One, ‘Dadasaheb Phalke award’, being conferred upon me by the Government of India because of the love and support of the people….

Second, my daughter Soundarya Vishagan, by her Independent efforts has pioneered the making of a very useful app for people called “HOOTE” and she is going to introduce it to the world from India. People can now express through their voice their thoughts, wishes and ideas just like they do in writing in any language of their choice. I am very happy to launch this innovative, useful and the first of its kind the “HOOTE APP” in my voice,” the actor had posted.