[Watch] Rajkummar goes down on one knee to propose ladylove Patralekhaa 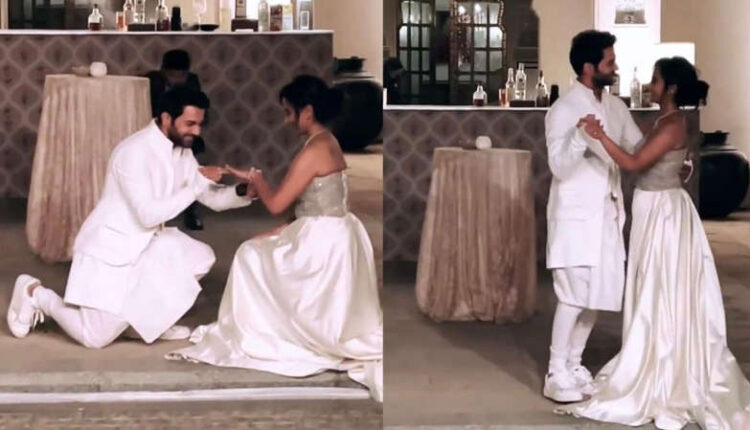 Mumbai: Rajkummar Rao and Patralekhaa are now engaged as the actor went down on one knee to propose to her with a ring.

The couple were dressed in all whites during their engagement celebrations, videos of which are currently doing the rounds on social media.

The “Newton” star was seen going down on one knee to propose to Patralekhaa, who too did the same and asked him to marry her.

In the clip, Rajkummar, who looks dapper in a white kurta-churidaar paired with a matching jacket and sneakers, is heard saying: “Patralekhaa, will you marry me?”

Patralekhaa goes down on her knees and asks him: “Rajkummar Rao, will you marry me?” and puts a ring on his finger.

Once the two exchange rings, the couple are seen dancing on Ed Sheeran’s ‘Perfect’.

Rajkummar and Patralekhaa, who are all set to get married this month, have together worked in films such as ‘Citylights’ and the web show ‘Bose: Dead/Alive’.

Adorable ♥️♥️♥️
Rajkummar Rao proposes his soon-to-be wife Patralekhaa on knees and then they share a dance 💕😍 #RajkummarRao #Patralekhaa pic.twitter.com/tlfJ70qeQw