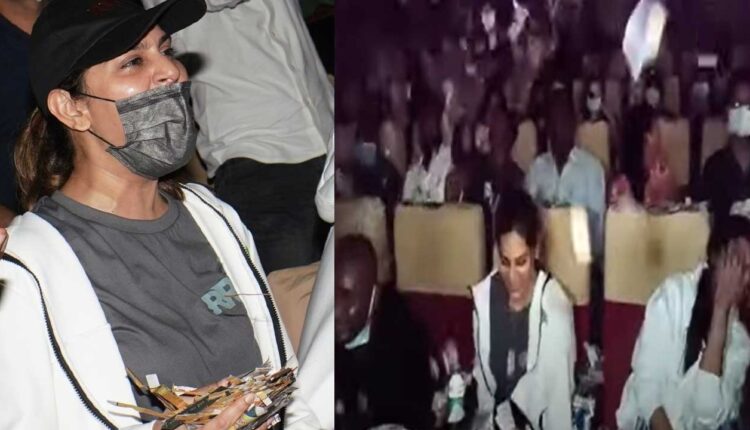 Hyderabad: The most-awaited big-ticket movie ‘RRR’ is finally out in the theatres, creating records and shattering some. Ram Charan’s wife Upasana Kamineni Konidela, who watched the movie along with fans on Friday, was spotted enjoying the movie to the fullest.

Ram Charan, who essays Rama Raju in ‘RRR’ has watched the benefit show of the movie along with his fans at Bramaramba theatre in Hyderabad.

Ram Charan had also taken his wife, Upasana Konidela, to watch the movie at the theatre, along with the fans.

During the movie, Upasna turned into a fangirl of Charan, as she is spotted throwing the papers at the screen, as she enjoys the show. The visuals have gone viral on social media.

Marine heatwave on rise in Indian Ocean, Bay of Bengal