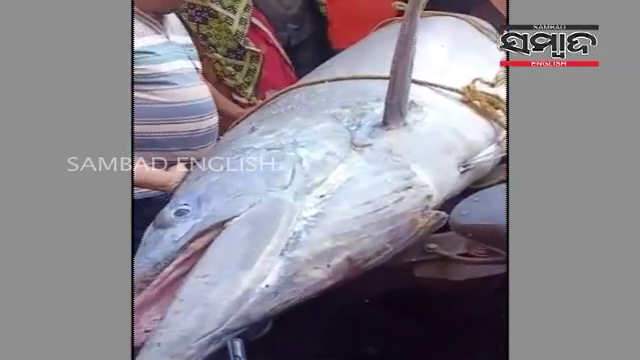 Paradip:  A group of fishermen were surprised to catch a rare species of Marlin fish from the sea near Paradip area of Jagatsinghpur district this morning.

The fish is commonly known as ‘Kaau Machha’ in Odisha since its mouth resembles the beak of a crow.  It weighed 200 kg.

Sources said after catching the fish,the fishermen brought it to the Baliplot fish market in Atharabanki area for auction. A huge crowd gathered at the spot to have a glimpse of the rare catch, whose market price is more than Rs 30,000.

Worth mentioning fish of the same species were caught off the Odisha coast last month. Although, the rare fish is not quite popular in the state , it is much in demand in states like Kerala.