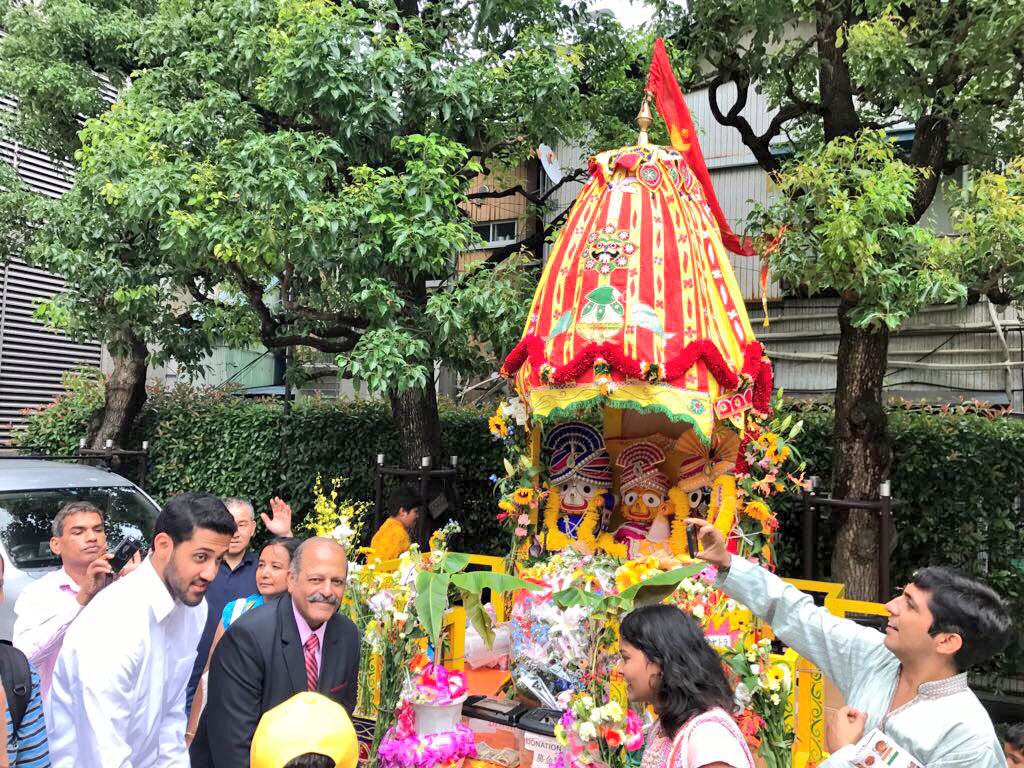 Bhubaneswar: While around six lakh footfall was registered in Odisha’s Pilgrim Town Puri for the annual Rath Yatra today, devotees of Indian and Japanese origin too celebrated the sibling deities’ car festival.

The devouts celebrated the festival with much fanfare amid hymns on the streets of Tokyo.

Watch the video below: