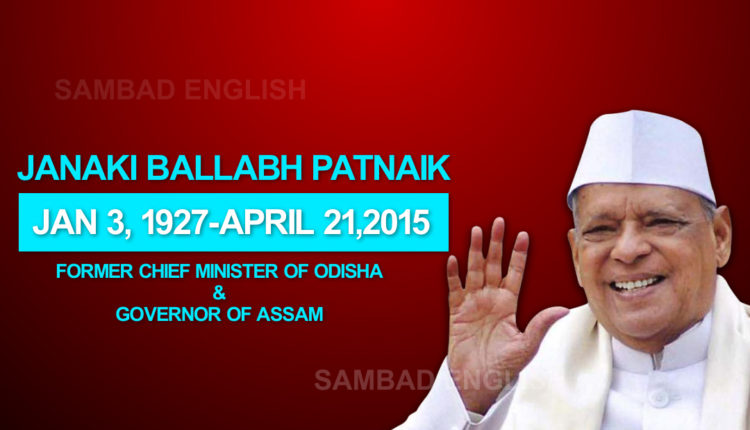 Khandapada MLA and Editor-in-Chief of Sambad Soumya Ranjan Patnaik joined the event as chief guest and recalled his immense contribution to the development of the state. Khordha MLA Jitendra Nath Mitra, Secretary of the Memorial Committee Sanjay Patnaik and former MLA Dillip Shrichandan were also present among others.

The event began with garlanding of a statue of the veteran leader on the park premises.  While Major Khirod Mohanty gave the introductory speech, Parkash Samantraya gave the vote of thanks.

Janaki, who was born to educationalist and writer Gokulanand Patnaik at Rameshwar village in Khordha on January 3, 1927, was not only a dynamic politician but also a decorated laureate and journalist. He served as Odisha’s Chief Minister three times from 1980 to 1989 and from 1995 to 1999. He was also the Governor of Assam from 2009 to 2014.