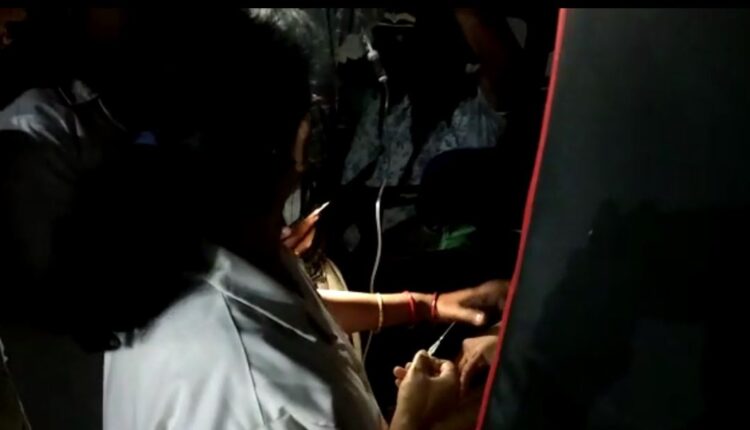 Niali: In an incident contradicting the tall claims of the Odisha Government regarding healthcare services, a patient had to undergo treatment inside an auto-rickshaw under mobile phone light on the premises of Community Health Centre (CHC) here in Odisha’s Cuttack district due to lack of bed.

The matter came to fore after a video of the incident went viral on social media platforms. In the clip, an elderly man was seen being administered injection and IV fluid by a doctor inside an auto-rickshaw with the help of flashlight of a cell phone.

According to reports, one Kabir Khan of Pubakhanda area was brought to the hospital in the three-wheeler as he fell sick.

With all beds of the healthcare facility being occupied, doctors had to treat him inside the vehicle.

As per reports, the old building of the hospital has been demolished for the construction of a 100-bedded hospital. The work is expected to be over within two years.

Currently, mere two beds are available at the hospital while those are for child delivery cases only. The hospital authorities have not made alternative arrangement for other patients.

On being asked about the incident, the Superintendent of Niali CHC said the two beds were already occupied when the patient reached the hospital. Treating a patient inside a vehicle is indeed wrong. The doctors have been directed to refer patients to nearby hospitals in such cases, the superintendent said.