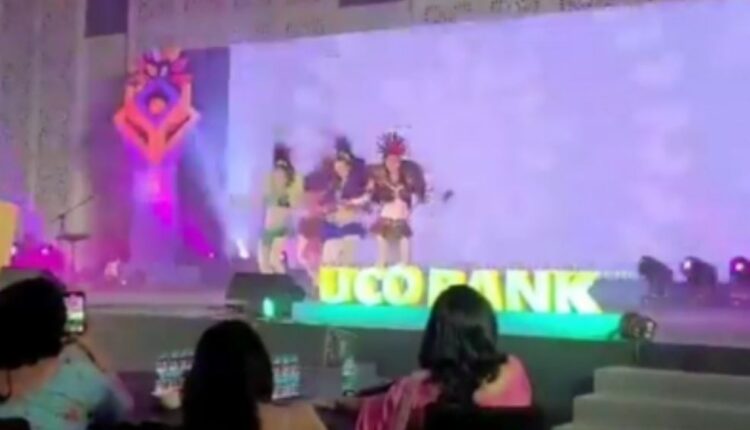 Chennai: A video of scantily clad women dancing at an event of a government owned bank in a Goa hotel has drawn the ire of a major banking union.

C.H.Venkatachalam, General Secretary, All India Insurance Employees Association (AIBEA) told IANS on Friday, “A life insurance subsidiary of a government owned bank hosting a party where scantily clad group of women dancing to entertain the employees of another government owned bank at a Goa hotel is nothing but atrocious.”

He also said the Centre, Reserve Bank of India and the Insurance Regulatory Development Authority of India (IRDAI) should take necessary action so that such obscene acts are not repeated thereby bringing down the reputation of bankers.

Please brief why this party was organised by sbilife to UCO bank Zonal heads. For this they pushing the branches and employees that they are under so much stress even some of them have committed suicide. Their family life is ruined. @UCOBankOfficial plze reply pic.twitter.com/CTj0Na2VVQ

The organisations involved are SBI Life Insurance Company Ltd, a subsidiary of State Bank of India (SBI) and the Kolkata-based UCO Bank.

Venkatachalam told IANS: “It has come to our notice that SBI Life had recently hosted an obscene entertainment party at a hotel in Goa for the officials of UCO Bank who had sold its life insurance policies.”

He said a video of the dance event with scantily clad female dancers is circulating amongst the bankers.

“I have sent a complaint to the Secretary, Department of Financial Services along with the video clip,” Venkatachalam said.

In his complaint Venkatachalam told the Central government: “It is reported that this was a party given by SBI Life to UCO Bank at a hotel in Goa recently.”

“Already there is widespread discontent amongst bank staff that bank managements at various levels are giving undue pressure on Branch Managers to secure business for insurance company products,” he added.

“SBI is the leading PSB (public sector bank) and SBI Life is their subsidiary. Their giving such entertainment parties to Public Sector Banks is highly objectionable,” he said.

“We strongly feel that the DFS (Department of Financial Services) should look into this matter and investigate and issue necessary guidelines to Banks if such things are happening. CBDT (Central Board of Direct Taxes) may disallow these expenses of SBI Life spent on such entertainment programmes,” Venkatachalam said.

The AIBEA leader also urged the IRDAI to order SBI Life to debit the Shareholders Account with the entertainment expense and not charge the company.