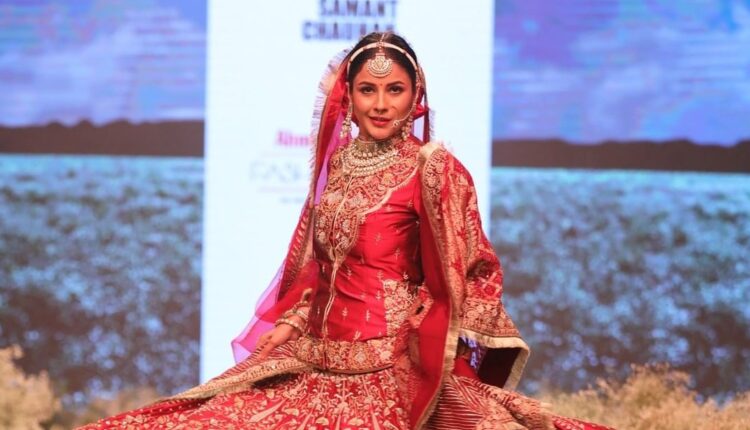 Mumbai:  Actress and social media sensation Shehnaaz Gill, who has finally made her ramp debut, was seen dancing to late Punjabi singer Sidhu Moose Wala’s track ‘Akhiyan De Samne’ as she turned showstopper at a fashion show in Gujarat.

Shehnaaz turned into a coy bride as she was dressed in all red and had held on to her dupatta as she sauntered the ramp. She later broke into an impromptu dance as she finished her walk.

When she was eventually joined by the designer Samant Chauhan, she went on to break into an impromptu dance and had some fun on the ramp before turning back.

She captioned the video: “Debut walk done right! Walked for the super talented designer @samantchauhan. Thank you people of Ahmedabad for making us extra special for me! Your hospitality and love is immeasurable.”