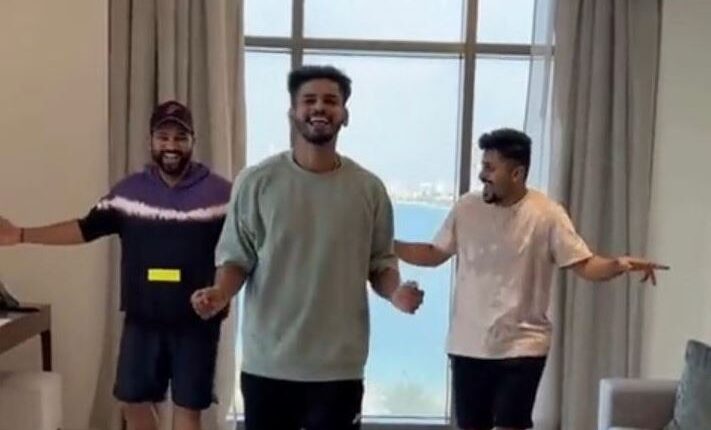 New Delhi: After his superb performance in the field on his Test debut for India against New Zealand, stylish batsman Shreyas Iyer is also impressing everyone with his dance moves off the field.

The 26-year old hit a fantastic century on his Test debut on Friday. He became the 16th Indian batter (10th at home) to score a century on Test debut.

The Mumbai-born cricketer also became the second Indian batter after Gundappa Viswanath (against Australia in 1969) to score a Test hundred on debut in Kanpur. He was dismissed for 105 runs off 171 deliveries by Tim Southee.

The trio is not only teammates for the Indian national team but also has played together for the Mumbai Ranji Trophy team for a number of years.

“Well done @shreyas41 making all the right moves,” wrote Rohit Sharma on Instagram along with the video.

In the video that has gone viral on social media, all three cricketers can be seen dancing to the remixed version of the famous song “Koi Sehri Babu”, with some eye-catching moves.

Meanwhile, Iyer also took to social media and said that he will carry moments from Kanpur Test for the rest of his life.

“From receiving my Test cap from Sunil Gavaskar Sir to going out there and representing my country in red-ball cricket, I’ll carry these two days with me for the rest of my life. Thank you, everyone, for your wishes, love, and amazing support,” tweeted Iyer.