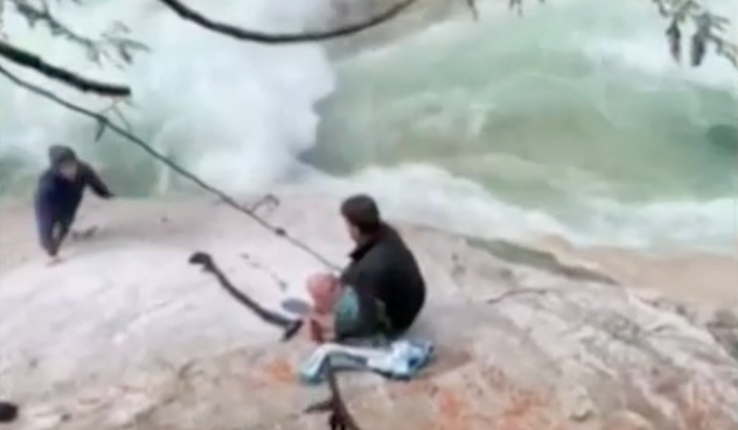 British Columbia/Bhubaneswar: A group of Sikh men in Canada came under the spotlight on social media because of their heroic act.

A video that has gone viral on social media features the group of Sikh men rescuing hikers stranded in a waterfall by removing their turbans and fashioning a makeshift rope. The act of brushing aside their strict religious code to save the hikers in Golden Ears Provincial Park in British Columbia has won over everyone.

Kuljinder Kinda, one of the Sikh men, shared the video on WhatsApp from where it was widely shared over all social media platforms.

“We were trying to think how we could get them out, but we didn’t know how to,” said Mr Kinda to NBC News. “So we walked for about 10 minutes to find help and then came up with the idea to tie our turbans together.”

Social media users were quick to share their views on the internet and congratulate the group.

“Between your jackets and turbans, you were very resourceful! Well done on saving someone’s life!” wrote one user on Facebook.

“These men are heroes,” wrote another.

The two men who were rescued thanked Mr Kinda and his friends for saving their lives.