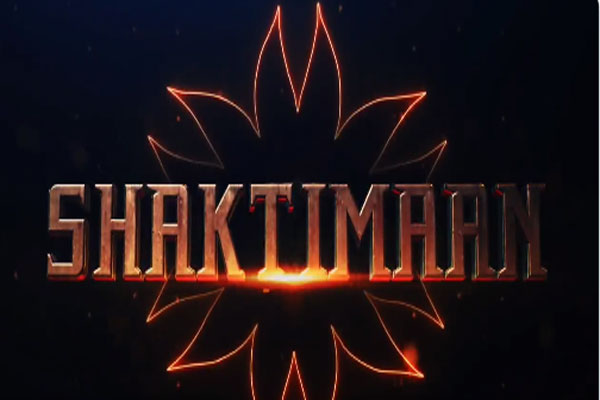 Bhubaneswar: If you are one of those 90s’ kids who has loved ‘Shaktimaan’  even before you knew about the Marvel and DC superheroes, you are in for a treat!

Sony Pictures India has recently announced the making of ‘Shaktimaan’ as a movie, with a teaser.

“After the super success of our many superhero films in India and all over the globe, it’s time for our desi Superhero!”  the tweet attached with the teaser reads.

‘As darkness and evil prevail over humanity, it’s time for him to return,” quotes the teaser.

Shaktimaan was originally a superhero television show that aired on DD National channel in Hindi language. The show, based on characters from Indian publisher Raj comics, successfully ran for eight years, from 1997.

Who would ever forget the name ‘Pandit Gangadhar Vidyadhar Mayadhar Omkarnath Shastri’! That was the pseudo-identity of Shaktimaan, played by actor Mukesh Khanna, as he led the life of a photographer for a newspaper firm when he was not fighting the villains and protecting mankind from the evil. Since children made its majority audience, the show made efforts to give them valuable life-lessons to follow, every now and then.

‘Shaktimaan’ -the movie is presented by Sony Pictures International Productions, in association with Brewing Thoughts Pvt.Ltd. and Bheeshm International. Further details about the upcoming desi superhero movie and its star cast are yet to be announced.