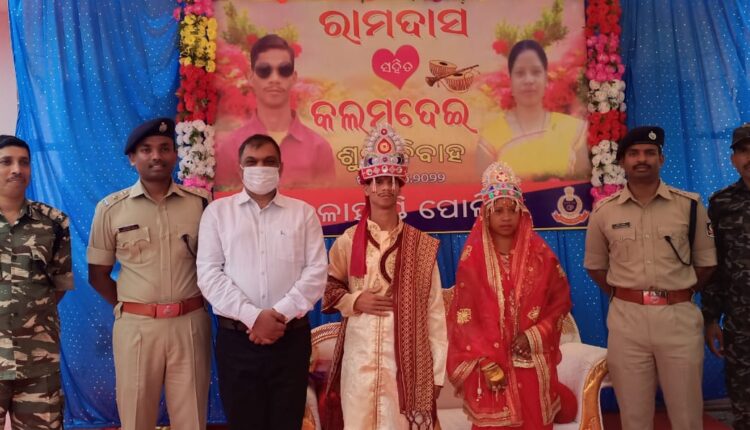 Bhawanipatna: A Maoist couple, who had surrendered before Odisha Police to join the main stream years back, today tied the nuptial knot here in the district.

Red rebels Ramdas and Kalamdei got married in presence of police personnel including SP Dr. Saravana Vivek M at a temple on premises of the police reserve office on Friday.

While Ramdas renounced Maoist organisation on February 18, 2020, woman Maoist Kalamdei had surrendered before the police on January 5, 2016, four years before the former decided to give up arms.

The wedding ceremony was organised by Kalahandi Police after the couple gave their consent for marriage.

The marriage was conducted as per Hindu tradition. Police officials present at the function blessed the newlywed couple with gifts for beginning of their new journey.