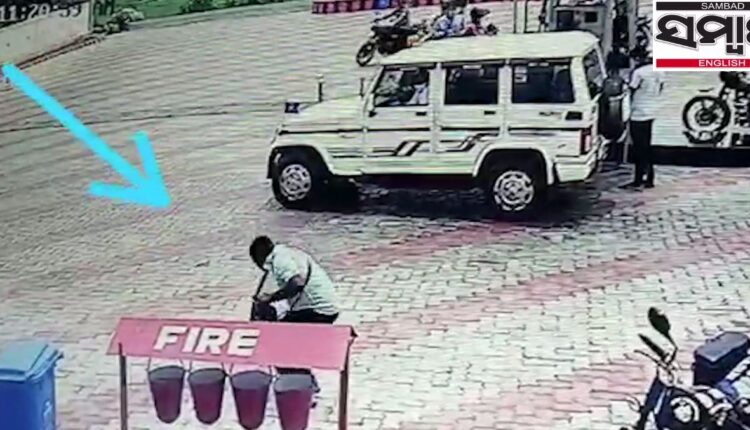 Ganjam: An employee of a filling station in Ganjam district was forced to do sit-ups by a senior bureaucrat for not wearing a mask. A video of the incident has gone viral in social media.

When Ganjam Tahasildar Arun Kumar Nayak in his official vehicle reached a filling station near the National Highway in Huma to refill the vehicle on July 14, he found one of the employees there without a mask. Nayak immediately directed the filling station employee to do sit-ups as punishment instead of imposing a fine on him.

As the video has gone viral, the whole episode has raised eyebrows among many. Even though the Tahslidar has been delegated power to take action against Covid guideline violators, the official cannot force someone to do sit-ups in public, said a local.