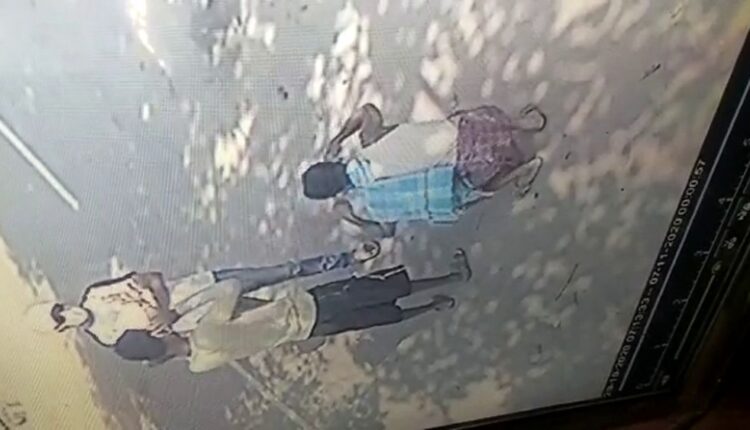 Angul: Two villagers were allegedly made to do sit-ups by a Tahsildar during a face mask wearing enforcement drive in Odisha’s Angul district on Saturday. The video of the incident went viral on social media.

Finding no option, Maguni did sit-ups for eight times while Sushant completed ten sit-ups as directed by the Tashsildar.

Refuting the charges the Tahsildar said the two persons were under the influence of alcohol and no one asked them to do sit-ups.

“While enforcing the mask wearing at College Chhak yesterday, we stopped a moped. We asked the two persons riding the moped who were in inebriated condition to pay the fine as they were not wearing masks. Instead of paying the fine, they did sit-ups. We only made them aware about the need for wearing masks. Nobody asked them to do sit-ups,” he said, adding the local IIC was also present at the spot.

Today, Maguni lodged a complaint at the Kishorenagar police station against the Tahsildar in connection with the incident.

Odisha: Ganja worth over Rs 3 lakh seized from rented house; 20-YO boy among two held

Tahsildar tests positive for COVID-19 in this Odisha…