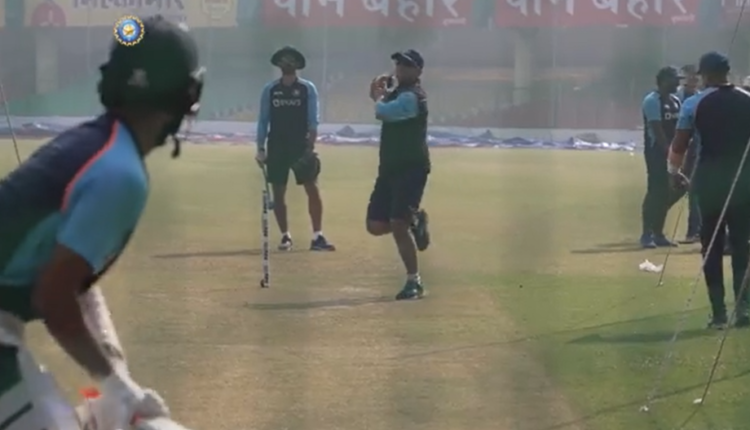 Kanpur/Bhubaneswar: Ahead of the first Test between India and New Zealand in Kanpur on Thursday, head coach Rahul Dravid was seen bowling in the nets.

“𝗦𝗼𝗺𝗲 𝗿𝗶𝗴𝗵𝘁-𝗮𝗿𝗺 𝗼𝗳𝗳-𝘀𝗽𝗶𝗻 𝗮𝗻𝘆𝗼𝗻𝗲? That moment when #TeamIndia Head Coach Rahul Dravid rolled his arm over in the nets. #INDvNZ @Paytm,” wrote the BCCI while sharing a video of Dravid bowling on Twitter.

🎥 That moment when #TeamIndia Head Coach Rahul Dravid rolled his arm over in the nets. 👍 👍#INDvNZ @Paytm pic.twitter.com/97YzcKJBq3

“I have worked with him during the A series, so all of us are looking forward to his guidance. The amount of experience he has as a player and coach of the team, helps,” Pujara said in a virtual press conference ahead of the team’s training session.

Meanwhile, India skipper Ajinkya Rahane confirmed that middle-order batter Shreyas Iyer will make his Test debut in the first Test against New Zealand after opener KL Rahul was ruled out of the series due to a muscle strain on his left thigh.

PMGKAY extended till March 2022: All you need to know