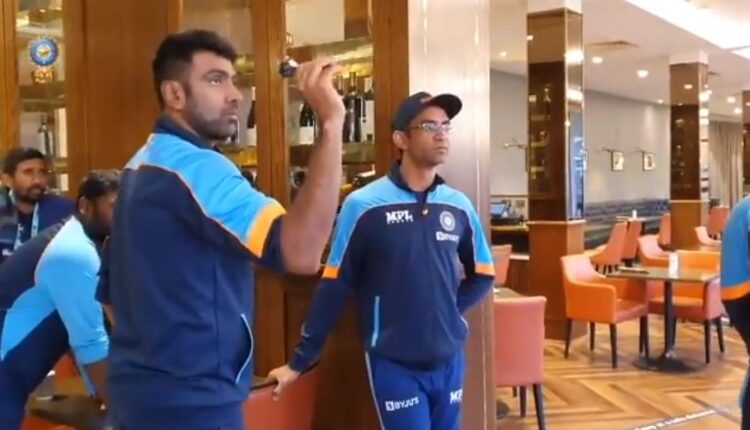 Southampton/Bhubaneswar: As the first day’s play of the World Test Championship Final between India and New Zealand at the Hampshire Bowl in Southampton was called off due to incessant rain, some Team India members were seen enjoying a game of dart.

A seemingly relaxed Ravichandran Ashwin was seen maintaining the scorecard and being competitive, as he is on the field while bowling.

When rain didn’t stop play 😉#TeamIndia members enjoyed a game of dart on the sidelines during the rain break in Southampton 🎯#WTC21 Final pic.twitter.com/nirjCfzjMM

The match can still be a five-day affair since there is a reserve day on June 23.