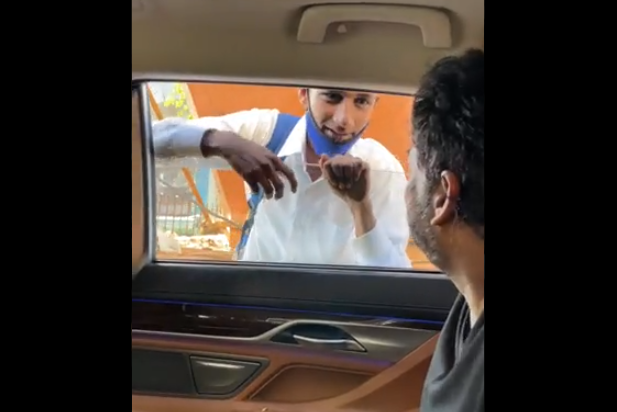 Hyderabad: Leading Telugu director Puri Jagannadh was spotted by his fan on a busy road in Mumbai. Puri Jagannadh, along with his team had headed to shoot for a peppy song for his upcoming Vijay Deverakonda and Ananya Pandey-starrer ‘Liger’.

As the director was heading towards his shooting spot with his team player Charmmee Kaur, they bumped into a young boy, who was shocked to see them. The boy approached Puri’s car, as he could not believe his own eyes, he kept saying “Puri sir” in exclamation.

The young boy introduced himself as Pramod. “I am unable to believe this sir. I am a huge fan of yours. As soon as I saw the Telangana number plate on the car, I guessed that it would be people from our state. But, as I came forward, I cannot believe my eyes,” the boy got emotional. He was also seen shaking the hands with Puri Jagannadh multiple times.

This cute kid came across #purijagannadh in mumbai traffic signal .. was mesmerised seeing him ,this post is specially for Pramod , because he mentioned he wanted a selfie but unfortunately didn’t have a phone ..@PuriConnects pic.twitter.com/t1JiDdJlhH

“This cute kid came across #purijagannadh on mumbai traffic signal .. was mesmerised seeing him, this post is specially for Pramod, because he mentioned he wanted a selfie but unfortunately didn’t have a phone,” tweeted Charmme, who was beside Puri Jagannadh in the car.