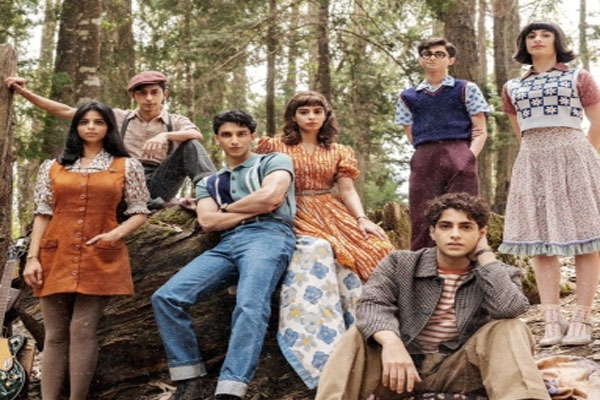 Mumbai: Bollywood is bracing for its next generation of stars as the cast of the Zoya Akhtar directorial ‘The Archies’, which has been adapted from the famous comic series of the same name, has been revealed.

The film, produced by Zoya Akhtar and Reema Kagti’s Tiger Baby Films will feature the children of some of B-town’s most widely known faces.

In addition, the film will also star Mihir Ahuja, Dot, Yuvraj Menda, and Vedang Raina in key roles. The young actors will play the beloved characters from the hugely popular Archie Comics.

Set in the 1960s, ‘The Archies’ is a musical drama that will premiere on Netflix. The streaming platform also shared a teaser announcing its cast on Saturday.

Sharing the teaser on Twitter, Netflix wrote, “The sun is out, the news is out! Come meet your new friends. Presenting to you the cast of The Archies, directed by the fantastic Zoya Akhtar.”

The video features the cast and a catchy music track by Ankur Tiwari and the Islanders. It presents a glimpse into the world that Akhtar promises to bring to life for audiences around the world.

The film has the iconic gang of ‘The Archies’ at the centre of it as it gears up to serve a musical experience bursting with youth, rebellion, friendships, first loves and everything young adult, it still promises to have something for every generation.

The Archies began production in April, when Reema shared a slate from the first day of shoot on her Instagram, she wrote, “Archie’s shoot starts, Tiger Baby’s first solo production #partnerincrime @zoieakhtar @Netflix.”

Produced by Zoya and Reema in collaboration with Archie Comics and Graphic India, ‘The Archies’ has been written by Zoya, Reema and Ayesha Devitre.