Watch: This is how Mirabai Chanu’s family, neighbours reacted as she won India’s first silver at Tokyo Olympics 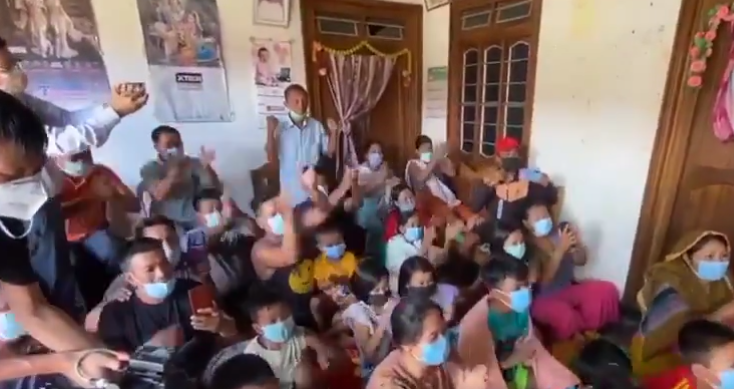 Tokyo/Bhubaneswar: Indian weightlifter Mirabai Chanu bagged a historic silver medal in the women’s 49kg weightlifting at the Tokyo International Forum to lift the gloom after four top pistol and rifle shooters flattered to deceive on Saturday.

Mirabai, ranked third in the world, had a total lift of 202kg with 87kg in snatch and 115kg in clean and jerk. This is India’s second medal in the sport after Karnam Malleswari’s bronze in the 69kg category at the 2000 Sydney Olympics.

Mirabai, who hails from Manipur’s Nongpok Kakching which is 30 kms from capital city Imphal, scripted history as her family and neighbours cheered her on from home.

A viral video on social media perfectly captured the moment she won silver for India. The clip features some women, men and children sat on the floor while glued to a television set. Many were also seen praying with folded hands as the 26-year-old Mirabai won India’s first medal at the Tokyo Olympics.

Hou Zhihui of China won the gold medal, setting a new Olympic record of 210kg. She set the record too in snatch with 94kg and 116kg in clean and jerk. Indonesia’s Windy Cantika Aisah took home the silver medal with a total lift of 194 kg.

With the silver at the Olympics, Mirabai has now won medals in the Commonwealth Games, Asian Championships and World Championships.