Watch: This is how the Indian dressing room reacted when Lord’s centurion KL Rahul walked in 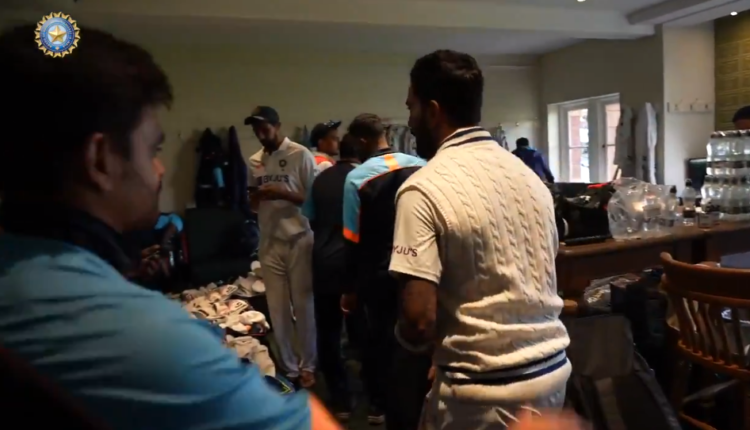 London: K.L. Rahul, who till 10 days ago wasn’t even sure of a place in the playing XI in the Test series against England, on Thursday became only the third Indian opener to score a Test century at Lord’s.

The right-handed batsman reached his sixth Test century with his ninth boundary and on the 212th ball he faced. He shared century stands with Rohit Sharma (83) and skipper Virat Kohli (42).

🎥 Scenes as @klrahul11 returns to the dressing room after his brilliant 1⃣2⃣7⃣* on Day 1 of the Lord's Test. 👏 👏#TeamIndia #ENGvIND pic.twitter.com/vY8dN3lU0y

The ongoing Test series against England has given a fresh lease of life to the Karnataka batsman, who was being considered for the middle-order and got an opportunity only after regular openers Shubman Gill and Mayank Agarwal had to sit out due to fitness issues.

Gill had to return home following a leg injury whereas Agarwal was out following concussion just prior to the first Test at Trent Bridge. Rahul had made 84 and 26 in the first Test.

On Thursday, the right-handed batsman started cautiously along with fellow opener Sharma.

Even as Sharma started playing his shots, Rahul remained guarded in his approach and kept leaving the deliveries outside the off-stump. As the innings progressed, he opened up with his square drives to take control.

Results of Odisha Plus 2 Arts, Vocational Studies to be out tomorrow