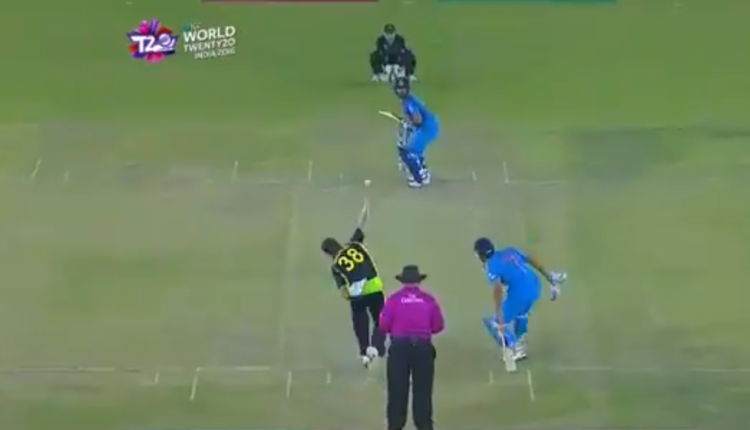 Going to the match, Australia faced India in the last match of Group 2 of the Super 10 stage in 2016 at Mohali. But the campaigns of both teams went in such a way that their last group stage match presented a do or die situation for both teams. India needed 161 against Australia to progress to the semi-finals alongside New Zealand.

His Best Ever T20I Innings ❤️🔥 can't at all forget that night..

The hosts were reduced to 49/3 in eight overs and saw Yuvraj Singh rolling his ankle and limping in pain. But Kohli got off to a flier with a flick of the wrist. “The bigger the occasion, the more Kohli wants to contribute,” Nasser Hussain had said from the commentary box after Kohli’s arrival at the crease.

Kohli went about his knock with alertness to reach his half-century in 39 deliveries with India then requiring 45 runs in 21 balls. Kohli shifted gears immediately in the next over to take James Faulkner for 19 runs, bringing the required run-rate down to 10. With 19 needed off the final two overs, Kohli took four boundaries against Nathan Coulter-Nile.

At the start of the next over, captain MS Dhoni finished off the match with a slog over long-on but there were no doubts over who brought out an unforgettable batting masterclass and stayed unbeaten with 82 runs off 51 balls to outplay Australia. Kohli’s passionate celebrations told the story of how much the win and knock meant to him.