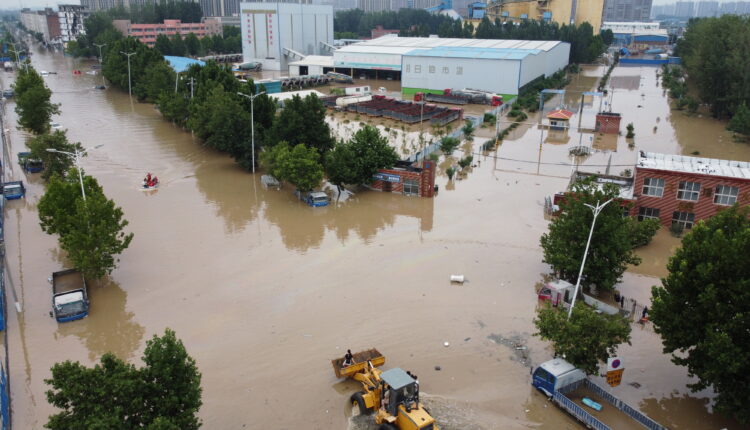 Beijing: The death toll from the torrential rainstorms in China’s Henan province had increased to 56, with five people reported missing, local authorities said.

Rescue efforts, including drainage operations, are still underway at Jingguang Road tunnel in the provincial capital Zhengzhou, a waterlogged underpass where many vehicles had been trapped since Tuesday, according to the provincial emergency management department.

The department said there was still a large amount of water in the tunnel, where casualties have been reported, reports Xinhua news agency.

This is Jingguang Tunnel before & after the record-breaking flood. The 4-kilometer tunnel was full of cars as the flood began. Witnesses report it flooded in 5 minutes.

As of today Chinese police are not allowing anyone to film the tunnel entrances.

The exact number of casualties is yet to be confirmed.

So far, more than 7.5 million people have been affected by the heavy rainfall that started on July 16 and the subsequent floods, with about 576,600 hectares of crops damaged and more than 3,800 houses collapsed across the province, causing a direct economic loss of over 13.9 billion yuan ($2 billion).

About 920,000 local residents have been relocated to safe places, according to the department.

China has ramped up emergency support to ensure supplies of staple goods in the province and started reconstruction efforts.

A total of 19,900 tonnes of cooking oil, 19,700 tonnes of dairy products, 3,740 tonnes of rice and 55,000 boxes of bottled water, among other goods have been transported to Henan, according to the Ministry of Commerce.

The Ministry has directedHebei, Shandong, Hubei and Shaanxi to prepare for inter-provincial transport of materials to the rain-lashed Henan at any time.

On Thursday, the Ministry of Emergency Management (MEM) deployed another team of 510 firefighters with expertise in water rescue to the flood-hit regions.

Telecommunications have been restored in urban areas of the hard-hit city of Zhengzhou after more than 2,200 base stations were repaired, the provincial communications administration said Friday.