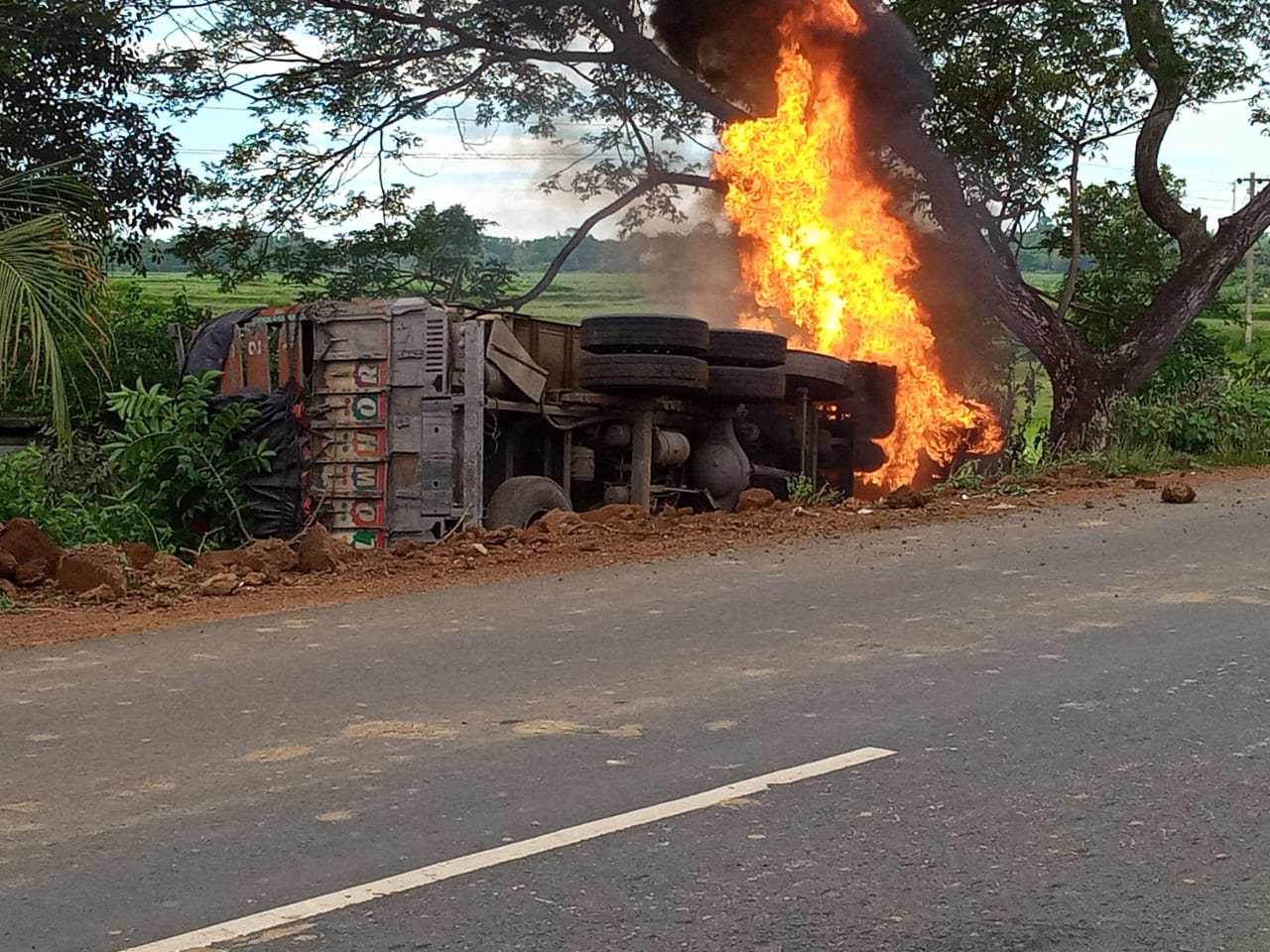 Baripada: A truck carrying fly ash was completely gutted in fire after it turned turtle near Khunta canal in Odisha’s Mayurbhanj district today.

However, the driver and helper of the truck escaped narrowly without being hurt in the incident.

The reason of the incident is yet to be ascertained. However, the mechanical glitches or short circuit is suspected behind the fire mishap.

According to reports, the incident took place at around 6.30 am when a 10-wheeler truck from Baripada suddenly overturned near Khunta. After the fire spread to the vehicle, the panicked locals informed the fire services to douse the flame.

On receiving the information, the fire services personnel rushed to the site. Till last report came in, the fire was put under control.

Man stoned to death by nephew in Odisha; accused held