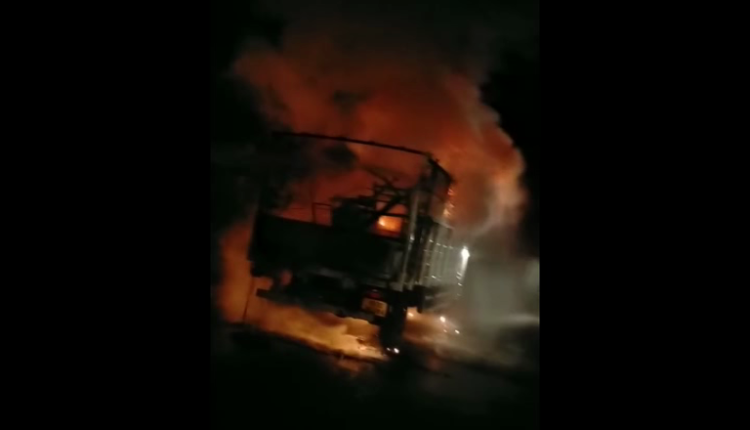 Balasore: A truck carrying household goods of a lawyer caught fire at Jamujhadi on the National Highway-16 in Balasore district late on Wednesday night.

All the goods loaded in the truck were reduced to ashes in the fire.

According to reports, the truck carrying household goods of an advocate was moving from Baripada in Mayurbhanj district to Bhubaneswar.

Source said that the moving truck suddenly caught fire near Tarini Chhak at Jamujhadi on the NH-16.

A short circuit is being suspected as the cause of fire that broke out midway.

On receiving information, the fire services personnel reached the place and brought the flame under control.

Class X and XII board exams 2021 to be held in written mode, not online: CBSE