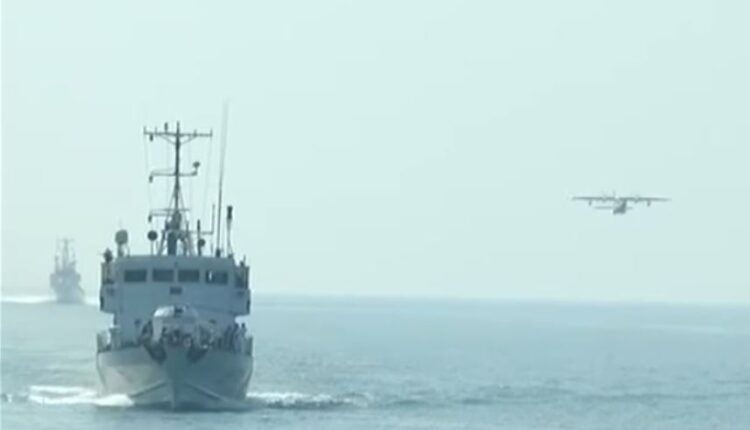 Paradip: With an aim to strengthen the coastal security in India, a two-day ‘Sea Vigil 2021’ exercise has been carrying out at crucial sea ports of India including Paradip Port in Odisha. A total of 18 organisations including Indian Navy, Coast Guard, Odisha Marine Police, Customs Department and Fisheries Department have been participating in the exercise.

Odisha Marine Police Sub Inspector, Jitendra Mani said after the 26/11 attack, the coastal security has been strengthened India. To curb smuggling including men and material and make an assessment of our preparedness, the exercise is being undertaken. Also, this will create an awareness among fishermen and seafarers.

Paradip marine PS IIC, Pradyumna Kishore Behera stated a total of 20 picketing points have been identified on the coast. The teams participating in the exercise will seize suspicious object and people and inform the higher-ups.

India has around 5,700 km coastline spread over nine states and four Union Territories. Its islands including Port Blair and Lakshadeep are quite vulnerable to intrusions.

Beware of online fraud in name of COVID-19 vaccination: DCP