[Watch] Ugly fight between 4 women in Odisha caught on camera 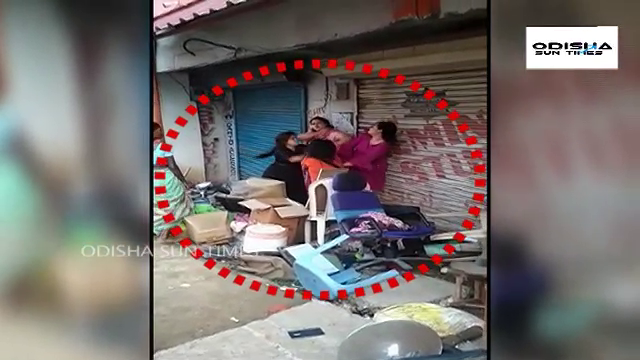 Balasore: In a bizarre turn of events, three young women and a mother of one of them were seen indulged in an intense and ugly fight in full public glare at Sahadevkhunta in Balasore district this morning.

The incident has been caught on camera and shockingly, though a huge crowd had gathered at the place watching the fight, no one intervened to control the situation.

Reportedly, a tenant of a shop at Queen Market Complex at Sahadevkhunta had a dispute with the owner over non-payment of rent and renewal of the agreement. The prolonged conflict took a violent turn this morning after the wife and daughter of the owner clashed with the tenants- two young girls- in front of the shop today. A video of the fight shows the two groups of women slapping, kicking and pulling the hair of each others on the roadside.

The intense of the fight was so high that a youth, another tenant of the shop, suffered head injuries in the attack and has been admitted to hospital for treatment.