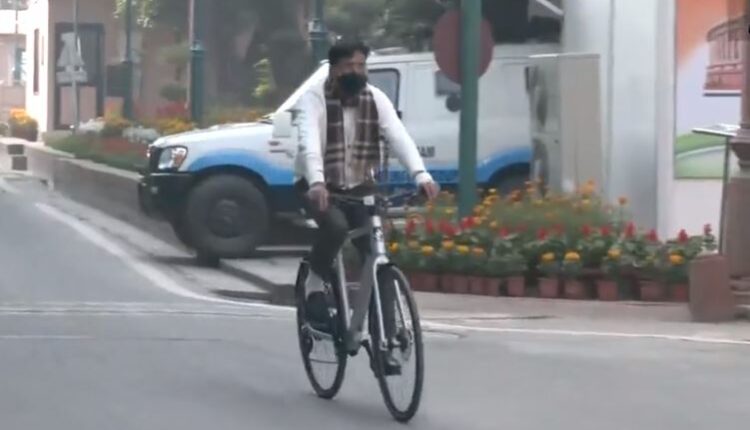 However, this is not the first time that the Union Minister cycled to reach Parliament from his house. On several occasions earlier, he has cycled to send across a message for health awareness.

In November 2021, Mandaviya rode a bicycle to reach Pragati Maidan to inaugurate a Health Pavilion at the India International Trade Fair and to motivate people towards health awareness and fitness amid rising pollution.

Meanwhile, the Rajya Sabha proceedings commenced on Wednesday morning with Chairman Venkaiah Naidu urging members to maintain social distance. He asked the MPs to ensure smooth functioning of the House during the ongoing Budget Session, which commenced on January 31 with President Ram Nath Kovind’s address.

Minister Mandaviya on Tuesday lauded the announcement of a new open platform National Digital Health Ecosystem in the Union Budget 2022-23. He said that it will significantly enhance the ease of living for citizens. Mandaviya said that the Budget will prove effective in making a self-reliant India and strengthening the Antyodaya targeted schemes.