MISCELLANYSCIENCE & TECHNOLOGY
Sambad English Bureau Published On : May 29, 2021 at 4:56 PM 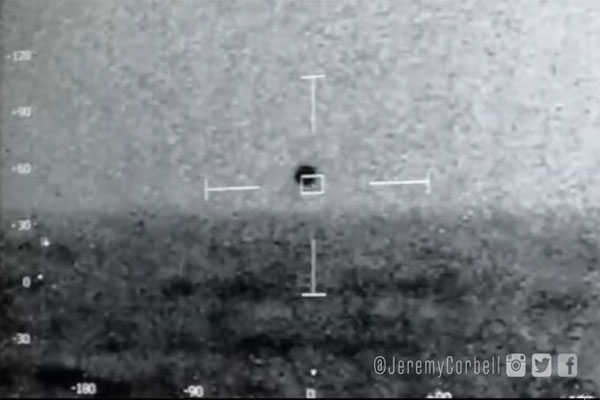 Bhubaneswar/Los Angeles: American artist and documentary filmmaker Jeremy Corbell has once again attracted media attention by dropping, on social media, another video of over 14 UFOs (unidentified flying objects) that were captured flying in the sky near the coast of San Diego.

Corbell suggested that his recent visuals, like the previous visuals that he had shared on social media platforms on May 15, were from July 2019 and were recorded by the US Navy ship ‘Ohama’  from that location.

The American filmmaker shared the footage of the incident on his Instagram profile yesterday and attached a note of elaboration that began with, “US Navy warships were swarmed by UFOs; here is RADAR footage from that event series…”

On May 15, Corbell took to Twitter and shared a black and white footage of ‘spherical shaped UFOs and advanced transmedium vehicles and mentioned that the video, “ US Navy warships were swarmed by UFOs; here is RADAR footage from that event series.”

The US Navy photographed & filmed “spherical” shaped UFOs & advanced transmedium vehicles; here is some of that footage. Filmed in the Combat Information Center of the USS Omaha / July 15th 2019 / warning area off San Diego @ 11pm PST. No wreckage found. No craft were recovered. pic.twitter.com/tK1YTG8sJ7

Jeremy Corbell’s videos on UFOs fanned the flames among netizens as the existence of extra-terrestrial life forms or aliens has always been a fascinating subject for humans.

Moreover, amid all the social media buzz and questions, the Pentagon was quoted by media yesterday confirming that the videos were genuine and were indeed taken my Navy personnel. Also, the UAPTE had included the videos in their ongoing examinations.

So, are we closer to going to get more information on this anytime soon!