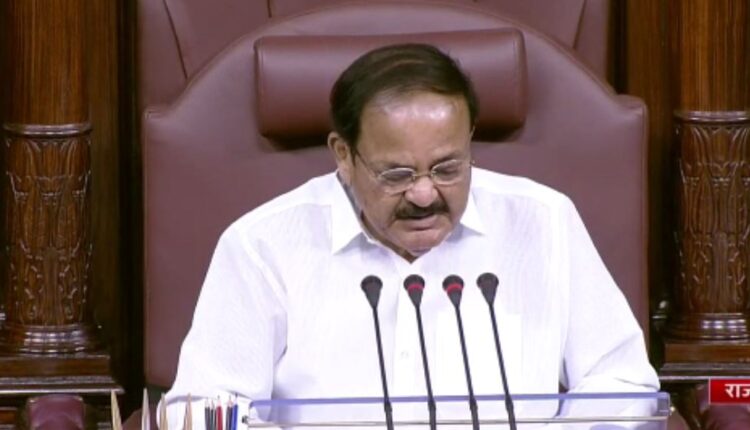 New Delhi: On the day of retirement of 72 MPs of Rajya Sabha today, Chairman of the Upper House and Vice President of India, M. Venkaiah Naidu praised Biju Janata Dal (BJD) MP Dr. Sasmit Patra in his farewell speech to the retiring members.

Naidu in his address stated, “Several first-time members like Dr. Sasmit Patra have shown a lot of promise by quickly adapting to nuances of the House. Dr. Sasmit Patra was also Vice-Chairman of the Panel and he also conducted the proceedings in a very dignified manner.”

In his reaction, Patra thanked the Rajya Sabha Chairman for his kind words.

BJD MP Dr. Sasmit Patra was the first from Odisha in 20 years to be nominated to the Vice-Chairmen Panel of Rajya Sabha.

Since June 28, 2019, Patra was the Member of Parliament representing Odisha in the Upper House.