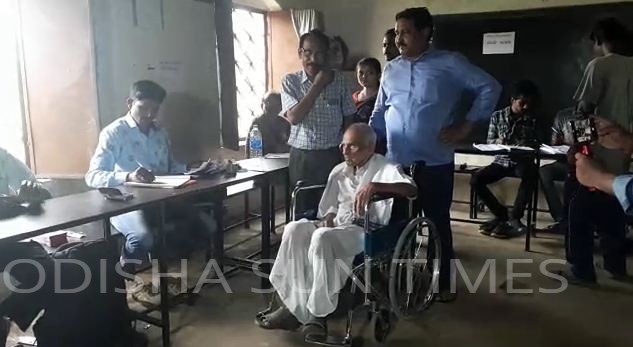 Bargarh: Old age couldn’t stop 110-year-old Ramaji Sahu from casting his vote during Bijepur bypoll in Odisha’s Bargarh district today as the elderly man exercised his franchise setting an example for other voters.

The wheelchair-borne centenarian took part in the festival of democracy by casting vote at polling station no. 108 at Sankarsana Government Upper Primary School in Bijepur.

Another centenarian woman, namely Lochana Nayak, casted her vote at a polling booth at Agalpur in Barpali.