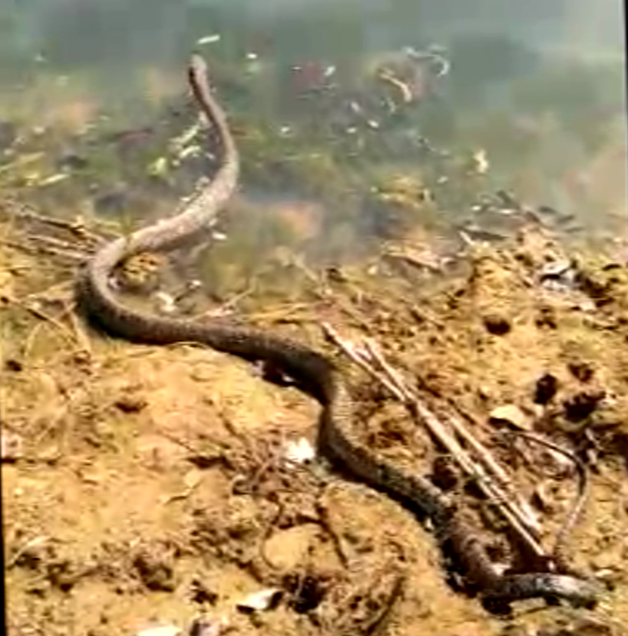 Ganjam: A 13-feet King Cobra was rescued from a house in Ganjam district of Odisha.

Fear gripped the residents of Bhagabanpur village in Buguda block, as a giant cobra was spotted in the house of one Prafulla Sahoo.

The family members raised an alarm and called the Snake Helpline in the area. On receiving information, the rescuers of Snake Helpline reached the spot and tried to catch the snake. However, it took them a good half an hour before they could capture the reptile as it kept on slithering into tricky corners.

Later, it was safely released into a water body in the nearby jungle.