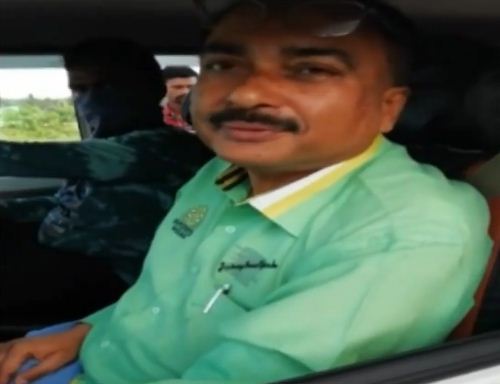 Berhampur: At a time when hefty fines are being imposed on commuters for flouting traffic norms across Odisha, an additional RTO violated the rules in Ganjam district.

In a video, which is doing the rounds on social media, Chhatrapur Additional RTO Shantanu Kumar Parida was seen travelling in an SUV without fastening seat belt. Furthermore, the driver of the vehicle hadn’t put seat belt on.

On being questioned by locals, who recorded the incident with their mobile phones, the official claimed that he vehicle was stationary for which he didn’t fasten the seat belt. Driver of the SUV immediately put seat belt on after realising that locals were making videos of the incident.

However, locals said the vehicle was in motion as the Additional RTO was returning in it after conducting a vehicle checking drive. They have expressed displeasure and resentment over the official’s act.